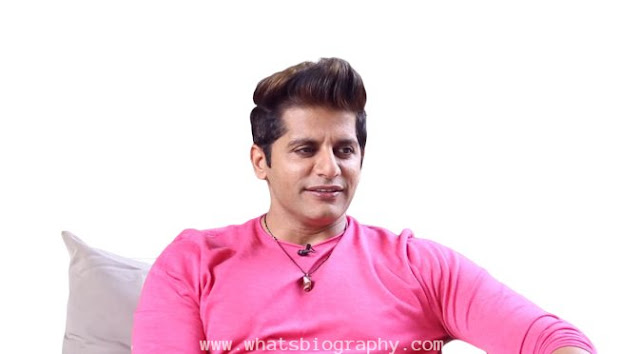 Today, we are sharing the Karanvir Bohra Biography His Career, Early Life, and another kind of information on (www.whatsbiography.com).

He is also known for Manoj Bohra. Bohra is a famous Indian television and film actor, producer, and designer.

Karanvir was born on 28th August 1982 In Jodhpur, India. He belongs to an Indian Brahmin family. He completes his school education from GD Somani Memorial School, Mumbai and Bohra were studying at Elphinstone College, In Mumbai but he was left from there b/c he was unsuccessful in his 12th grade. Then gotten admission from Sydenham College, Church at e, and completed his degree in Bachelors of Commerce. He got training in the Kathak Dance style in 2 years from Pandit Veeru Krishnan.

Karanvir is the son of famous filmmaker Mahendra Bohra and karnanvir’s mother was Madhu Bohra. He has 2 sisters Menakshi and Shivangi. Karanvir Married Model VJ Teejay Sidhu at the Sri Ravishankar Asharam, in Bengaluru on 3rd November. He has 2 twin Daughters. 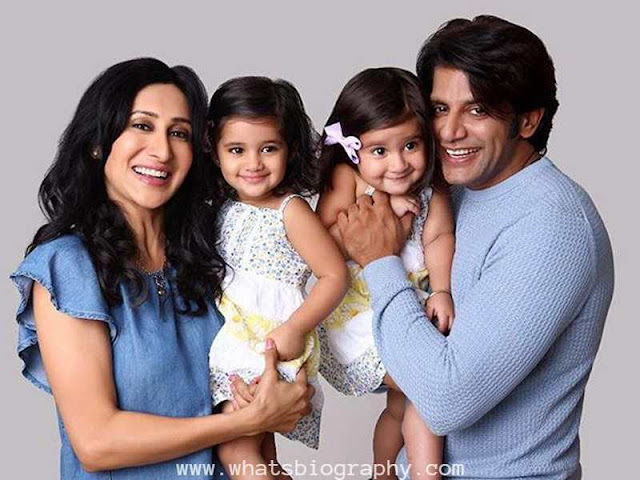 Karanvir Started acting role was as a child artist in Tejaa Movie in 1990. Karanvir made his first Television as a Kabir role in DJ’s a Creative Unit’s Just Mohabbat. Then he did work as an Assistant to B.P Singh working on the famous Detective series C.I.D and after that for Achanak 37 Saal Baad. Later he took a lead role with Ronnie Scrwala’s in Shararat, A Comedy and Fantasy show, where Karanvir Played Dhruv’s Role. He also took part in some family drama shows like Kyunki Saas Kabhi Bahu Thi (2007), Kkusum (2008). After that, he did star cast’s show Kasauti Zindagi Kay in which his role was Prem Basu a spoilt brat.

In 2007 he move to Bollywood Career. He was hosted in Ek Se Badkhar Ek with Tina Park in the same year Karanvir took part in the dance reality show of Nach Baliye 4 with his wife Teejay Sidhu and In Kabhi Kabhi Pyaar Kabhi Kabhi Yaar with his wife and tine Parekh. In 2009 Karanvir did a Cameo Role Kismat Konnection movie in which he played the role of Dev Kataria “A Spoilt Brat and Businessman and Directed by Aziz Mirza. Worked in Many movies Karanvir return to Televisions show and did Dil S Di Dua show in which he played the role of Viraj Dobriyat, A depressed lover who has swings and suffers from Obsessive Compulsive Disorder for Cleanliness. Karanvir competes in Welcome Baazi Mehmaan Nawaz ki, A food reality show, and in Jhalak Dikhla Jaa 6. A famous reality show where he was eliminated.

Karanvir is also a Celebrity in Bigg Boss 12th season, An Indian Version of the reality TV show Big Brother. He has joined the house on 16th Sep in 2018 and was eliminated from 5th place on 30 December.

In 2020 Karanvir Bohra announced that he is set to make his digital debut with ZEE5’s thriller web series The Casino. That show was released during COVID 19 Crises in India. In which he played the role of Vikramaditya Marwah aka Vicky who is the heir to his Father’s Multi Billionaire Business falls into the trap of his father’s Mistress. Bohra also served as one of the Co-Producers on the show upon its release. After that, He did another contested Zee5’s Web series Bhanwar with his wife Teejay Sidhu, and Hume Tumse Pyaar Kitna Co-star was Priya Banerjee.